In this lesson we will look at two basic approaches to working with the Python interpreter: interpreting lines of code directly from the keyboard in interactive mode and executing source code files in batch mode. We will also touch on some features of working with Python in Linux and MS Windows. The Python language is an interpreted language. This means that besides the program itself you need a special tool to run it. Let me remind you that there are compiled and interpreted programming languages. In the first case, the program is translated from a high-level language into machine code for a particular platform. Further, it is usually distributed to users as a binary file. No additional software is needed to run such a program (except for the necessary libraries, but these subtleties are beyond the scope of our discussion). The most common languages are C++ and C.
Programs in interpreted languages are executed by an interpreter and distributed as source code. To date, among the interpreted languages, the most popular is Python. If you haven’t yet installed the Python interpreter, it is time to do so. You can read more about it here. Python can run in two modes

Interactive mode can be accessed by typing

This will start Python in interactive mode and wait for the user to enter commands. 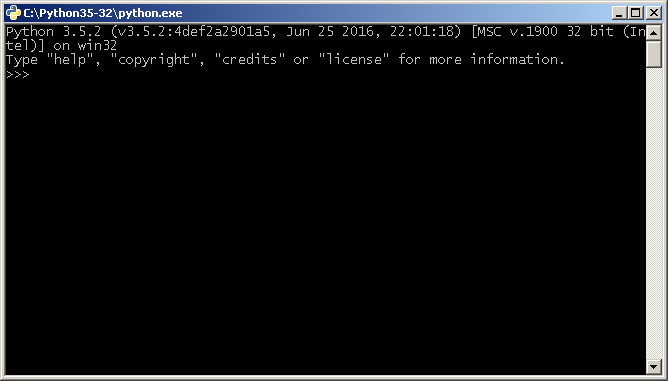 If you have a Python source code file and you want to run it, you must call the Python interpreter on the command line and pass your file as an argument. For example, for a file named test.py the launch procedure would look like this:

Open Python in interactive mode and type in the following:

And press ENTER. In response, the interpreter will execute the given string and display the result of its work one line below. 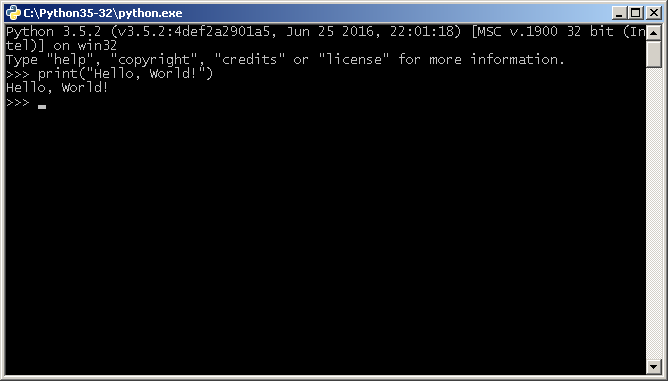 Python can be used as a calculator for various calculations, and if you add the necessary math libraries, it becomes almost equal to such packages as Matlab, Octave, etc. Various examples of calculations are listed below. The arithmetic operations will be explained in more detail in the following lessons. 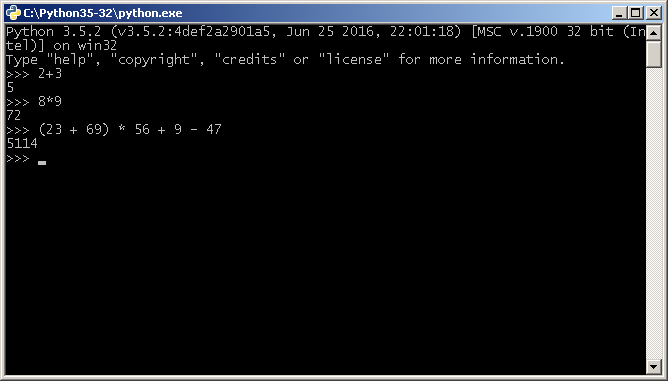 To exit interactive mode, type the command exit() and press ENTER. Included with the Python interpreter is IDLE (integrated development environment). It is essentially like an interpreter running in interactive mode with an extended set of features (syntax highlighting, object browsing, debugging, etc.). To run IDLE in Windows, go to the Python folder in the Start menu and find there a shortcut named “IDLE (Python 3.5 XX-bit)”.

In Linux, there is no IDLE shell by default, so you need to install it beforehand. To do this, if you have Ubuntu, type at the command line (for Python 3.4):

This will install IDLE on your computer. To start the shell, type:

Below is the appearance of IDLE on Linux.

An example of how the program works is shown in the window below. 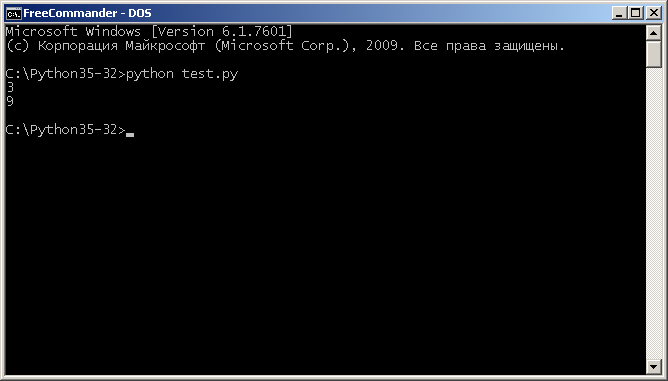 My name is Alexey Krasovsky, I am a lead programmer, a certified Python specialist and, at the same time, the author of this blog.

Examples of working with Python lists

@2022 - All Right Reserved. Realpython.world
We use cookies on our website to give you the most relevant experience by remembering your preferences and repeat visits. By clicking “Accept”, you consent to the use of ALL the cookies.
Do not sell my personal information.
Cookie SettingsAccept
Manage consent

This website uses cookies to improve your experience while you navigate through the website. Out of these, the cookies that are categorized as necessary are stored on your browser as they are essential for the working of basic functionalities of the website. We also use third-party cookies that help us analyze and understand how you use this website. These cookies will be stored in your browser only with your consent. You also have the option to opt-out of these cookies. But opting out of some of these cookies may affect your browsing experience.
Necessary Always Enabled
Necessary cookies are absolutely essential for the website to function properly. These cookies ensure basic functionalities and security features of the website, anonymously.
Functional
Functional cookies help to perform certain functionalities like sharing the content of the website on social media platforms, collect feedbacks, and other third-party features.
Performance
Performance cookies are used to understand and analyze the key performance indexes of the website which helps in delivering a better user experience for the visitors.
Analytics
Analytical cookies are used to understand how visitors interact with the website. These cookies help provide information on metrics the number of visitors, bounce rate, traffic source, etc.
Advertisement
Advertisement cookies are used to provide visitors with relevant ads and marketing campaigns. These cookies track visitors across websites and collect information to provide customized ads.
Others
Other uncategorized cookies are those that are being analyzed and have not been classified into a category as yet.
SAVE & ACCEPT